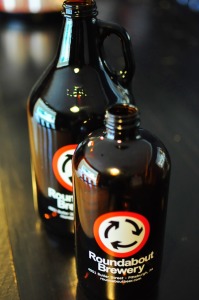 Hy-PA – A hybrid between a pale and an IPA made with a blend of US centennial and New Zealand Moteuka hops.  All the hop forward flavor of an IPA with the bitterness and body of a pale.

Trompe le Monde – Influenced by and using the same yeast as Unibroue’s La Fin du Monde, this spiced Belgian golden Ale comes in at 8% ABV but is highly drinkable.  Coriander and citrus flavors along with clove from the yeast and a touch of sweetness from the use of local honey.

Ferdl Weiss – An amber weissbier named for my Bavarian friend who introduced me to this wonderful beer style.  The typical flavors of a Bavarian wheat beer, clove and banana, along with caramel and chocolate notes from the malts.

Steve Sloan has been across the country and around the world studying and brewing beer but found a home for his new brewery in Pittsburgh.  Sloan has taken the culmination of 17 years of professional brewing knowledge gathered at more than a dozen or so breweries in six states and New Zealand and opened Roundabout Brewery with his wife, Dyana, on July 12th along Butler Street, in Pittsburgh’s Lawrenceville neighborhood.  Come and meet them and enjoy some local craft beer.

$45 per person — reservations required.  Call today to reserve your spot.